Only about a quarter of a year ago the EK AIO Elite fought their way to the top of the cooling solutions in my charts, now the Basic series is the third version for a lower price range. Completely in black and without RGB lighting, it could not only be of interest to price-conscious buyers. You can find out in the following review whether the 360 ​​and 240mm versions can also score points in terms of performance:

Packaging and scope of delivery

As far as the exterior is concerned, the design is exactly the same as with the Elite AiO. Only the render images, description and specification table were exchanged. Everything is in black and white, the orange stripe and EK logo are the only splashes of color. As before, there are precise dimensions of the radiator and pump block, a brief description of the features and an exploded view of the pump on the back. 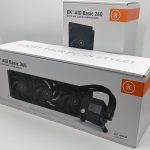 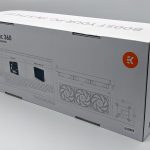 The first differences and cost savings can then be seen on the inside, because there is no large foam block waiting for us, just the image of the well-known cardboard casing. Unfortunately, it still doesn’t seem to have occurred to you that not every fan and small part needs its own plastic bag for packaging. Sealed again, of course! 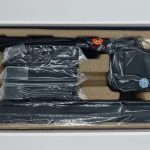 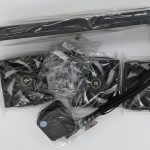 The accessories are also practically unchanged, in addition to the necessary mounting material and various screws, there is also a PWM splitter cable and an extra tube of thermal paste. Manageable, again individually packaged and completely sufficient.

A first look at the complete water cooling system itself can now finally be caught. The dark design is drawn through to the last detail, only the EK logo on the pump block and fans and a silver ring on the connections of the hoses are not black. 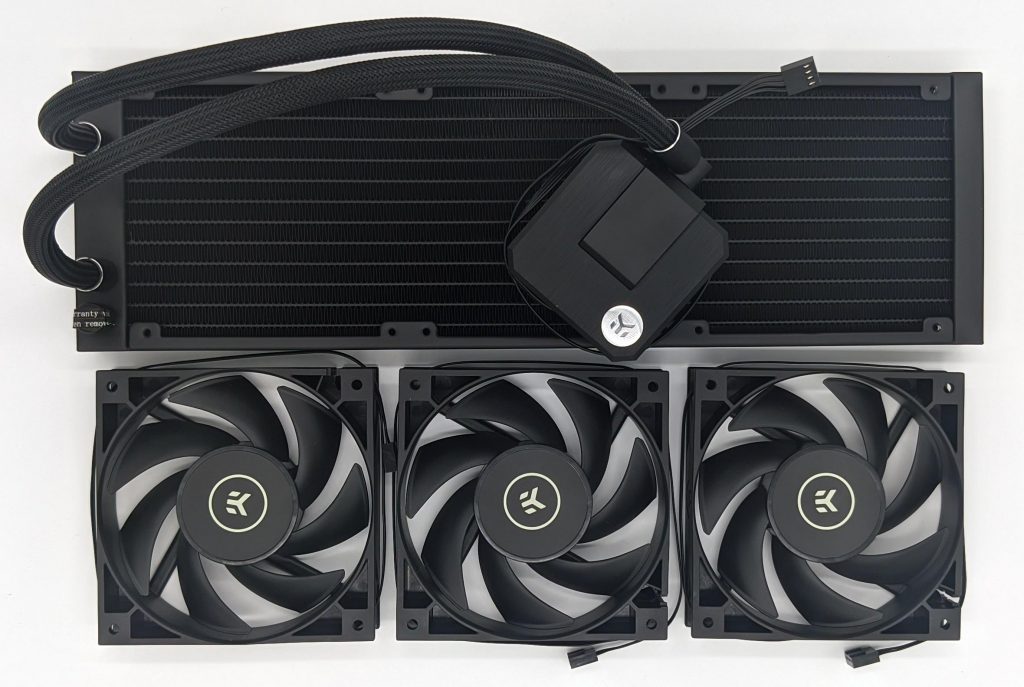 The radiator survived the transport mostly well, but especially the side with the hoses has some irregularities. Such blemishes do not affect the performance, but are easily visible depending on the installation direction of the radiator. Since the Basic series is more likely to be aimed at owners of systems without lighting or otherwise dark, something like this should hardly be noticeable. 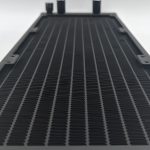 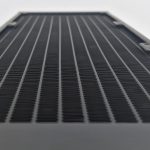 Fortunately, the procedure for attaching the water cooling or pump block to the processor is also unchanged. The thermal paste is applied again in advance, despite the budget requirements, the coldplate is milled flat underneath: 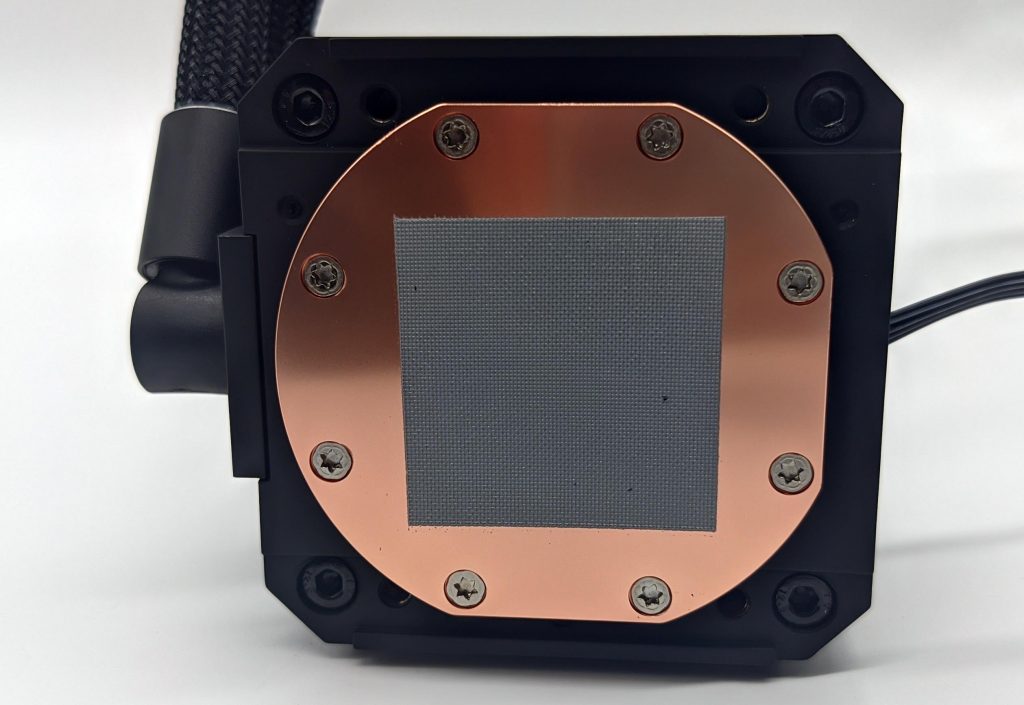 For the audio-visual heads, EK refers to the installation video of the first series in the very detailed manual:

The two AM4 brackets are attached to the underside of the pump block with four screws. Four more screws, which also serve as spacers, go into the backplates of the mainboard and the pump block on top. Another four spring-loaded screws are tightened by hand for the appropriate contact pressure. The only point of criticism remains that the springs are not firmly attached to the final thumbscrews, as with some other manufacturers, but are loosely enclosed. The superimposed connections on the pump block are also unusual and somewhat impractical for lateral installation. Should the AiO move to the front or top, the arrangement is less of a problem. Incidentally, rubber pads or other decoupling of the Vardar-S fans are also not available, but this was not the case with the EK AIO Elite either.

As always, all technical details and other information are available on the manufacturer’s website, here is a comparison between the data of the Basic and Elite variant:

According to the specifications, the fans should be a bit quieter without RGB, but generate more volume with the same static pressure and speed. Since the fans – apart from the color and lack of lighting – seem to be absolutely identical to the RGB version, I checked with EK. The information may therefore be corrected again.