The higher the power of the mining equipment, the more crypto coins the owner receives. The mining rigs assembled on rx vega 56 demonstrate a higher hash rate than the previous series of AMD video cards. The fifth generation microarchitecture and many other technological innovations provide high overclocking of the rx vega 56 GPU in digital money mining.

Contents hide
1 Video card in mining, the main characteristics
1.1 Which model is the best for mining?
2 What to mine, profitable algorithm
2.1 Hashrate on different algorithms
3 Overclocking AMD Radeon Vega 56
4 How to reduce energy consumption
5 Conclusion

In terms of hashing speed, the graphics processor is not inferior, and on many coins it surpasses its competitors. If we compare radeon rx vega 56 vs 1080 ti, mining on the “red” card is more productive on popular algorithms Ethash and Cryptonight… Thanks to dual BIOS, when mining on rx 56 vega, you can change the parameters of the video card by moving the lever on the device panel. The backup BIOS has write protection, which makes it possible to restore the video accelerator after an unsuccessful firmware.

Which model is the best for mining?

At the first place Gigabyte vega 56 The best mining card in AMD’s line of vega GPUs. Exclusive cooler WindForce 2x, with powerful fans, copper heat pipes and a 2-section radiator, protects against overheating under severe loads. A low-noise, cold and relatively inexpensive video card is an excellent option for assembling a mining farm for the extraction of XMR cryptocurrency. 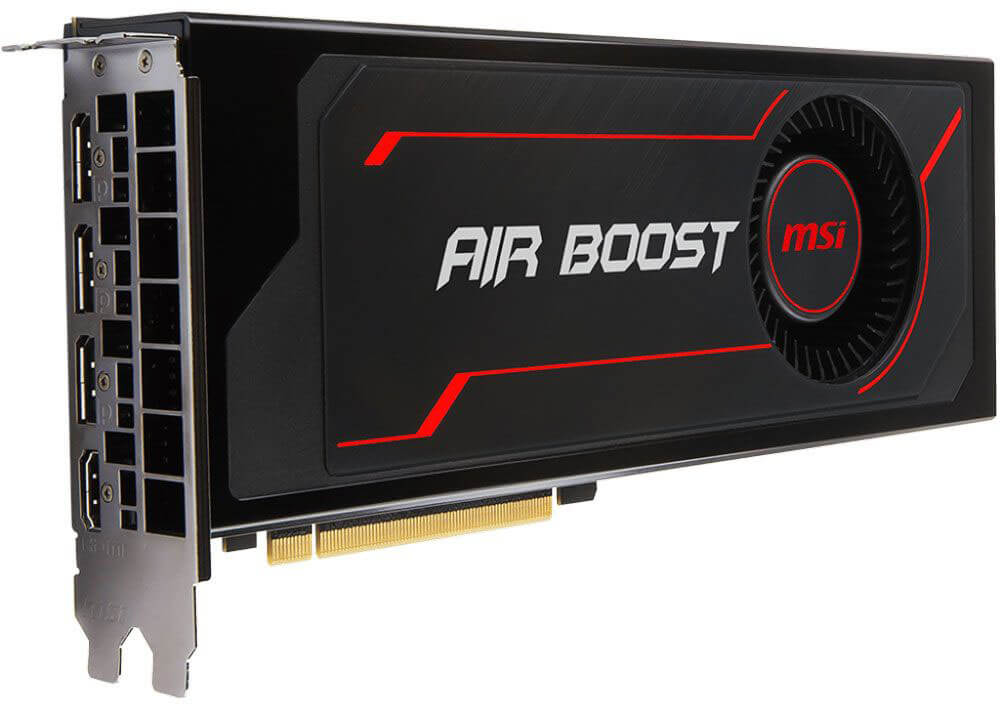 Msi AIR Boosts Vega 56 has high performance mining. The manufacturer overclocks the GPUs at the factory. Setting the Boost mode, accelerates the core to the level of 1450 MHz, this is the best indicator in this line of Vega video cards. The hot air is removed by a two-slot cooling system with a powerful turbine. 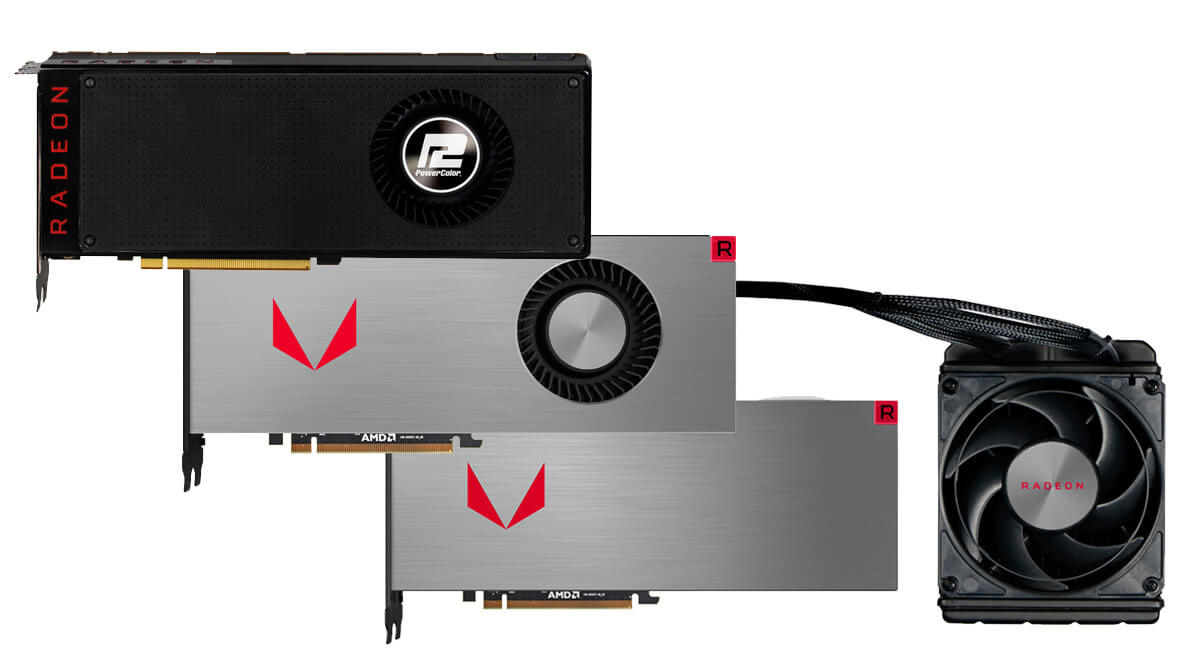 The powercolor vega 56 video card is available in several versions:

GPU Double Edition Vega RX 56 American company XFX, has 20% reduced dimensions in comparison with the reference version. The card has no factory acceleration, so the core frequency remains at its default values..

This concludes the review of models from different manufacturers. The test results showed that Vega cards for mining are quite promising. The full disclosure of the capabilities of the new architecture depends on the development of new software for mining cryptocurrencies.

What to mine, profitable algorithm

How productive is ether mining on vega 56? AMD GPUs are traditionally focused on mining Ethash coins. The hashing speed of the vega 56 video card in ether mining depends on the overclocking potential of a particular model.

On servers Ezil.me and Rustpool.xyz you can set up Merged mining cryptocoins ETH + ZIL… Merged mining is different from the traditional dual mining previously widely practiced on red cards when mining Ethereum. You mine ETH by connecting through one of the specified services to another pool (for example, Ethermine), and the system periodically switches you to a ZIL mining round (once every 1.5 hours). At the end of the round, you will be returned back to mining ETH. Basically, every merged mining implementation has an auxiliary chain and a parent blockchain. A prerequisite for collaboration is to use the same hashing algorithm. Money is also paid in two coins. As a result, you will receive an additional 10-12% profit.

According to information from mining forums to increase productivity in cards vega rx56 upload bios from the flagship vega rx 64 model… But each owner does this at his own peril and risk, and no one guarantees the success of such experiments.

The cards of this line have a high hash rate based on the Cryptonight algorithm.… Before Monero switched to the RandomX algorithm, mining of this altcoin was profitable, but this is already in the past. As of 06/22/2020, the first place in mining profitability for vega 56 is the coin Port Protocol (XHV) on the CryptoNightHaven algorithm. Brings a little less income Conceal (CCX), CryptoNightConceal algorithm. Forks of the kryptonite algorithm do not heat up the graphics adapters to excessively high temperatures, so it is recommended to transfer the rig to mining these tokens during the hot season. Moreover, they occupy the top lines of the rating in online services for calculating the profitability of mining.

For the fastest possible assessment of the market situation, experts use a mining calculator. Of course, the results they give are very approximate. The real hash rate and the amount of income can differ by 10-15%, both in plus and minus, but still it is worth paying attention to the data from these sites.

Most users use a simple Nicehash service, where, after installation and a little setup, a smart program finds a beneficial algorithm itself. It is recommended to visit the service https://minerstat.com, here you will find hash rates and a list of profitable crypto coins for most models of video cards and ASICs.

Hash rates may vary depending on the manufacturer of the video card, overclocking settings, operating system and mining software installed on a specific PC. New profitable projects periodically appear on the blockchain platform.

The owner of an rx vega 56 mining farm must constantly monitor the market in search of the most profitable developments. If, of course, he wants to quickly recoup the investment.

At standard settings, any graphics accelerator in mining is unprofitable. The video card needs overclocking in mining, otherwise it will consume electricity in vain.

Using the program MSI Afterburner it is possible to quickly overclock the video card. Optimal values ​​are selected individually for each video card. For this video card, the optimal kernel settings will be:

The hashing speed increases and the graphics card becomes profitable. For rx 56 vega overclocking settings, you can also use the utility WattTool.

How to reduce energy consumption

A powerful 3D graphics accelerator is a rather power-hungry device. The consumption of Vega 56 in mining is higher than that stated by the manufacturer in the technical parameters of the video card. To avoid excessively high electricity bills, undervolting (lowering the core voltage) is required. Will help here again WattTool program.

In the program window, you need to change the voltage indicators in points P6 and P7(when controlled in manual mode, the voltage at lower frequencies will drop automatically). For the rx 56 vega, a 12% reduction (1.070 mV) is optimal, which will reduce the consumption of vega 56 in mining by 50 watts.

Also in the program MSI Afterburner conveniently adjustable tension by stitching Power Limit. The optimal value is 80%, some video cards are able to hold a lower voltage, which has a positive effect on the payback period of the video card.

Cryptocurrency mining is not only a source of passive income, but also a promising investment. Many financial analysts are predicting a new and unprecedented rise in the value of virtual assets. One can be skeptical about such predictions. But the fact that bitcoin, and behind it and other coins, having arisen from oblivion, have become a real financial instrument cannot be refuted.

Some experts believe that the virtual asset mining market has already stabilized. Miners shouldn’t expect super-profits, but a new crypto winter is unlikely to come either. Predictability has always attracted institutional investors who will play an increasing role in the development of the crypto industry. One of the main factors determining a successful investment is the price of the electrics in your area. Mining farms operating on free or the cheapest electricity remain profitable in any market situation.