Almost eight years ago, Polish CD Projekt RED released a first trailer for a game based on the board game Cyberpunk. After being delayed by several steps, there are only days left until the launch of perhaps the most anticipated game in recent years, Cyberpunk 2077. Prior to this, most companies have released themed accessories and products.

Now a completely unique Geforce RTX 3080 is glimpsed on the Chinese social platform Bilibili (via Videocardz), where the game developer arranges a give away-campaign. Unlike previous Cyberpunk-themed Geforce graphics cards, this is not a creation from Nvidia, but the decoration is instead made by a modder.

The fact that CD Projekt RED is giving away an Nvidia Geforce RTX 3080 is in line with the system requirements published for the game, where that particular graphics card is stated as a recommendation for gaming in 4K UHD with ray tracing activated. At present, there is only one graphics card that performs better and it is significantly more expensive RTX 3090. 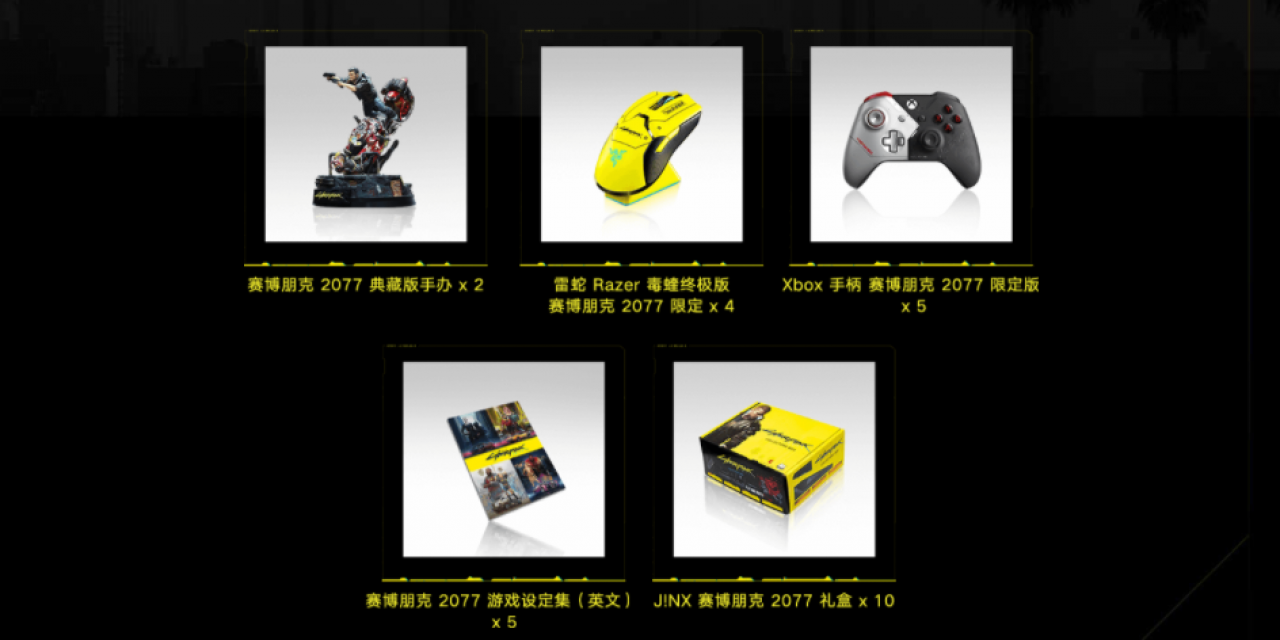 The package includes a number of other Cyberpunk 2077 accessories, such as the previously announced Razer Viper Cyberpunk 2077 gaming mouse, a Xbox wireless controller and the Oneplus 8T phone. Anyone who hopes to take part in the campaign is likely to be disappointed, as it is only available to Weibo users.

Do you usually buy themed hardware or merchandise for specific game titles, series and movies?