About the computational capabilities of the Nvidia GT1030 graphics card

The computational capabilities of the Nvidia GT1030 video card are severely limited by the presence of only two gigabytes of video memory operating on a 64-bit bus at 6 Gbps. This provides a ridiculous exchange rate of roughly 50 GB / s:

With such a low-performance memory bus, you should not count on a hash rate when mining on daggerhashimoto (ethash) more than 5-7 mh / s (even when overclocking and using optimized timings).

Slightly improves the situation with mining on the 1030th, support for the CUDA 6.1 version and a fairly high frequency of the video chip of the order of 1400-1500 MHz:

With 384 stream processors and GPU frequencies up to 1.5 GHz, the Nvidia GT1030 graphics card delivers 35.23 GFLOPS (FP64 performance) floating point performance. Considering the low power consumption, limited by a TDP of 30 watts, this is not too bad. For comparison, the Nvidia GT750Ti with a Kepler core has 43.4GFLOPS processing power at a TDP of 60 watts.

The budget Nvidia GT1030 is significantly inferior to the AMD Radeon RX550, which has a performance of 75.7 GFLOPS with a consumption of 50 watts.

Palit’s Nvidia GTX1030 graphics card has a modest cooler and cooling power phases (one for the video chip and one for memory):

On the back of the Palit-made Nvidia GT1030 board, one of the significant elements is the IS25WQ040 flash memory chip:

You Might Want To Read This:   registration, instructions for setting up farms 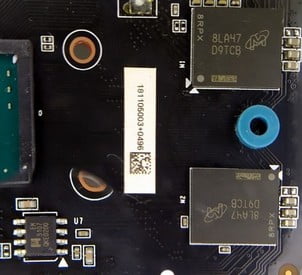 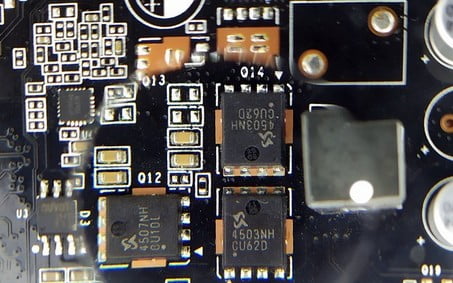 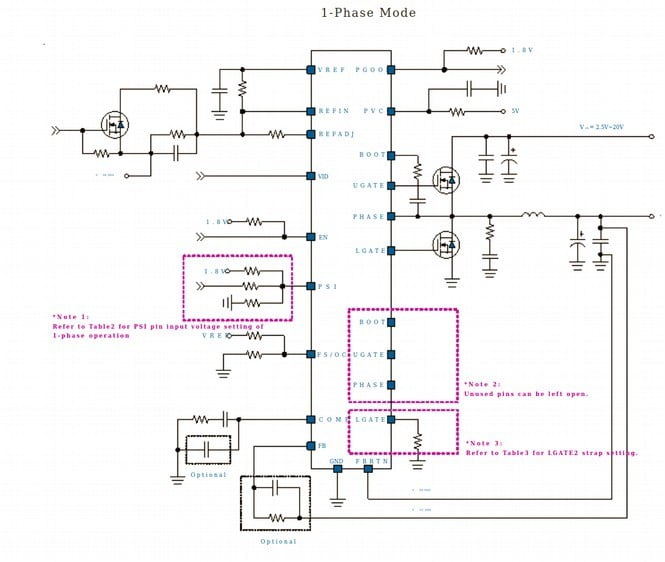 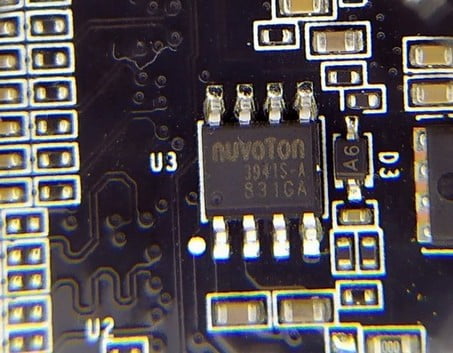 The electrical circuit of the memory power phase on the PWM controller (typical) RT8128C from Richtek Mach Response:

One phase of power supply with low-power transistors on a video card with a purely symbolic cooling is clearly not enough, despite the presence of only two GDDR5 memory modules.

You Might Want To Read This:   registration, setting up mining and withdrawal

Weak cooling of the power circuit plus the lack of cooling / blowing leads to serious breakdowns like this (burnout of the SM3319 field-effect transistor):

The IS25WQ040 flash memory chip is located on the rear side of the board (powered by 1.8V): 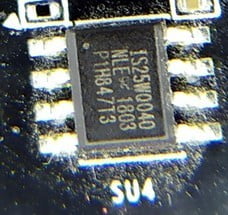 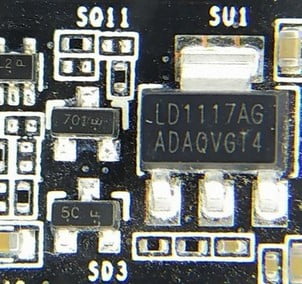 The Nvidia GT1030 video card is not outdated yet, therefore it supports work with many miners. The range of its application is limited by a small memory size (2 GB) and insufficient memory bus bandwidth (about 50 GB / s). In this regard, it makes sense to run the Nvidia GT1030 on algorithms that use the core more and do not require a large amount of VRAM.

An example of a script for mining UPX coins on an Nvidia GT1030 video card in the CryptoDredge program:

Mining on Nvidia GT1030 on the Megabtx algorithm in the Trex miner:

Summary information on the hashrate of the Nvidia GT1030 video card with 2 GB VRAM GDDR5-type (with a connected monitor) based on the results of running miners in xubuntu 16.04 (drivers 430.64, stock settings) and in Windows 8.1 (driver 461.40, overclocking with nvidia inspector +70 in the core and +150 from memory):

The Nvidia GT1030 graphics card with 2 GB of GDDR5-type memory features low power consumption and shows a low hash rate on Ethash even on Linux. Nevertheless, it has good performance on algorithms of the Cryptonight, megabtx, megamec and verthash families, which allows it to be used for profitable mining in 2021.

Given the small amount of VRAM (2 GB), the GT1030 graphics card cannot be used for algorithms such as etchash, equihash 192 and 125, kawpow , as well as for most Etahsh coins, including Ethereum.

When mining on Nvidia GT1030 video cards intended for office work, it is imperative to provide thermal protection by software (temperature limit in the miner, as well as in the nvidiainspector utility or MSI Afterburner), as well as ensure good ventilation of the video card.

Depending on the hardware implementation of the Nvidia GT1030 video adapters, it is worthwhile to take care of adhesive tape of additional radiators on the power supply transistors, which, based on experience, sometimes fail.