What to expect from ASUS gaming laptops in 2021

According to analysts, sales of gaming laptops will continue to grow for several more years. The fact is that people perceive these devices as a way to solve their problems, and these are not necessarily games at all, so a gaming laptop is a truly versatile machine that can solve a wide range of different tasks. In this article, we have collected all the relevant information about Asus gaming laptops that should appear in 2012.

In 2021, ASUS will give gamers a lot of game models designed for different tastes and wallets. As we all know, the Taiwanese company has two series of gaming laptops: premium ROG and budget TUF Gaming. Both 2021 gaming series have powerful gaming hardware, new displays, improved cooling and a host of unique features.

You Might Want To Read This:   Review and testing of the AMD Radeon RX 5600M video card: Test | Specs | CPU | Config

ROG Strix SCAR 15/17 series is the leading mobile gaming platform for esports-level based on the Windows 10 operating system. ASUS engineers did a good job on the appearance of the ROG Strix SCAR 15/17 series notebooks together with the specialists of the BMW design bureau, as a result the user gets a gaming system with a discreet appearance that will look appropriate in any setting. The illuminated ROG logo on the top of the case adds a futuristic look to the device, while the built-in Aura illumination is implemented both on the keyboard and around the case for a brighter look. The backlight supports Aura Sync VFX technology. The area under the wrists is covered with a special paint that prevents smudges and fingerprints.

The design of the lid received a raised perforation, reminiscent of that of the Zephyrus G14, but without the LED matrix. But the pad with the ROG inscription in the area of ​​the left hinge is removable, and the kit will offer several versions of different colors. Also, note that this is the only model that has an NFC ROG Keystone, which is inserted into a special connector to the right of the keyboard. This device is essentially an electronic key that is used to quickly switch the laptop to user settings. That is, you first need to configure a specific profile for yourself, which includes the type of backlighting, the intensity of the cooling and the overall system performance. Along with the new Strix Scar series laptops, the user will receive the most powerful hardware, for example, the flagship Strix Scar 17 model is equipped with an 8-core AMD Ryzen 9 5900 HX processor and a 16 GB GeForce RTX 3080 graphics card.

You Might Want To Read This:   Installation: Hive OS 2.0 for mining on a USB flash drive (Guide + Tutorial)

Additionally, available options include a choice of Ryzen 7 5800H and GeForce RTX 3070 GB and GeForce RTX 3060 6 GB cards. The amount of DDR4-3200 RAM is up to 64 GB in dual channel mode, and for storage devices there are two M.2 slots with support for 1 TB drives in a RAID 0 array. As for processors from Intel, the manufacturer has not yet announced laptops based on them. …

Separately, the company focuses on the Strix Scar 17 (17.3 “diagonal) and Strix Scar 15 (15.6” diagonal) displays. It features one of the fastest IPS panels with 360Hz refresh rate (300Hz for the Scar 15), 3ms response rate, 1920x1080p resolution, 100% sRGB coverage and Adaptive Sync support. Notebooks of the Strix Scar series also have a different kind of display on the IPS-matrix, but only with a resolution of 2560×1440 pixels, better color rendition of 100% DCI-P3, and a reduced refresh rate of 165 Hz. For the first time in the Strix line, laptops are equipped with an optical-mechanical keyboard with a resource of 100 million clicks. Thanks to the use of a laser beam, the response time is reduced to 0.2 ms. Each key has a 1.9mm long travel, and ROG CoolZone technology features ventilation slots around the WASD keys, keeping users’ fingers cool and reducing surface temperatures by up to 14% compared to other laptops. The novelties of the Strix Scar series are equipped with a 90 Wh high-capacity battery, providing up to 12 hours of video playback. Supports fast charging via USB Type-C with compatible adapters and 100W PSUs up to 50% in just 33 minutes. Another innovation is the use of liquid metal as a thermal interface. Due to comprehensive improvements, the cooling system has a reduced noise level of 3 decibels compared to last year’s models and can self-clean from dust. ROG Arc Flow fans improve airflow by up to 35% for the CPU and 21% for the GPU without increasing noise.

ROG Zephyrus Duo 15, like other Asus gaming laptops, received another update in 2021, which mainly affected only the hardware part, the design of the device remained unchanged. Recall that the ROG Zephyrus Duo 15 is not an ordinary device, the fact is that this laptop has two screens. When you open the lid of the ROG Zephyrus DUO 15, the user sees his second screen ROG ScreenPad Plus, which is located above the keyboard unit, the screen tilts towards the user when the lid is opened. This not only makes working with the laptop more convenient, but also contributes to better cooling of the internal components, since there are additional ventilation holes behind the screen. As for the keyboard unit, it has not undergone any changes – the same keyboard is located as close as possible to the front edge of the case and a proprietary touchpad with a digital block function. The novelty offers a choice of two types of displays. If content creation is more important to you, then you can take a model with a 17-inch 4K display, which operates at a refresh rate of 120 Hz and completely covers the Adobe RGB color range. Or, if your priority is gaming, then you can find a modification with a Full HD display, the refresh rate of which is 300 Hz. Both display options are Pantone certified but lack touch support. The additional display is the same as that of its predecessor, namely, with a diagonal of 14.09 inches and a resolution of 3840 x 1100 pixels. The display has a refresh rate of 60 Hz and has touch support. As with the previous model, major upgrades are hidden in the hardware platform. The laptop is now equipped with the latest generation AMD Ryzen processors up to Ryzen 9 and a liquid metal cooling system. For graphics processing will be responsible for a discrete graphics card NVIDIA GeForce RTX 3080. The amount of RAM can reach 32 GB, of which 16 GB can be installed as a separate module. For data storage, there are two M.2 drives with PCI-e 3.0 x4 interfaces with a capacity of up to 2 TB.

You Might Want To Read This:   Review and testing of the AMD Radeon R7 M445 video card: Test | Specs | CPU | Config

ROG Zephyrus G15 are ASUS gaming laptops that have also been updated. We all know that thanks to the original design and powerful equipment, these models are suitable for both games and work. According to the developers, when creating the ROG Zephyrus G15 14 series, they tried to create powerful ultra-thin laptops for a wide audience, at an attractive price and it should be noted that they succeeded. The update to the popular ROG Zephyrus G15 gaming lineup has affected both hardware and appearance. On the outside of the lid of the ROG Zephyrus G15 is a second AniMe Matrix screen that the previous generation Zephyrus G15 did not have. The screen is powered by tiny LEDs that shine through 8279 holes. By the way, the new generation of the AniMe Matrix screen is complemented by a shimmering lithographic film with a nano-print. The novelty is equipped with a 15.6-inch IPS screen with a resolution of 1080p at 144 Hz or 1440p at 165 Hz. Inside is an AMD Ryzen 5900HS processor, RTX GeForce 3080 3070 3060 graphics, up to 32 GB of DDR4-3200 memory and up to two 512 GB or 1 TB NVMe SSD drives. There is a 90 Wh battery. All standard laptop connectors are also present – DisplayPort 1.4 and HDMI 2.0b, a 3.5 mm port, two USB 3.2 G2 Type-C and two USB 3.2 G1 Type-A. There is support for Wi-Fi 6 and BT 5.0. Another update concerns the laptop’s audio system. Zephyrus G15 is equipped with a 3D microphone system. They are ideal for capturing voice while gaming, when one person is using the laptop, or during audio conferencing, when several people can sit in front of the Zephyrus G15. Six speakers with dual gain-canceling tweeters are responsible for audio output.

You Might Want To Read This:   Miner Baikal Giant x11 - Hashrate|Profitability| Specs 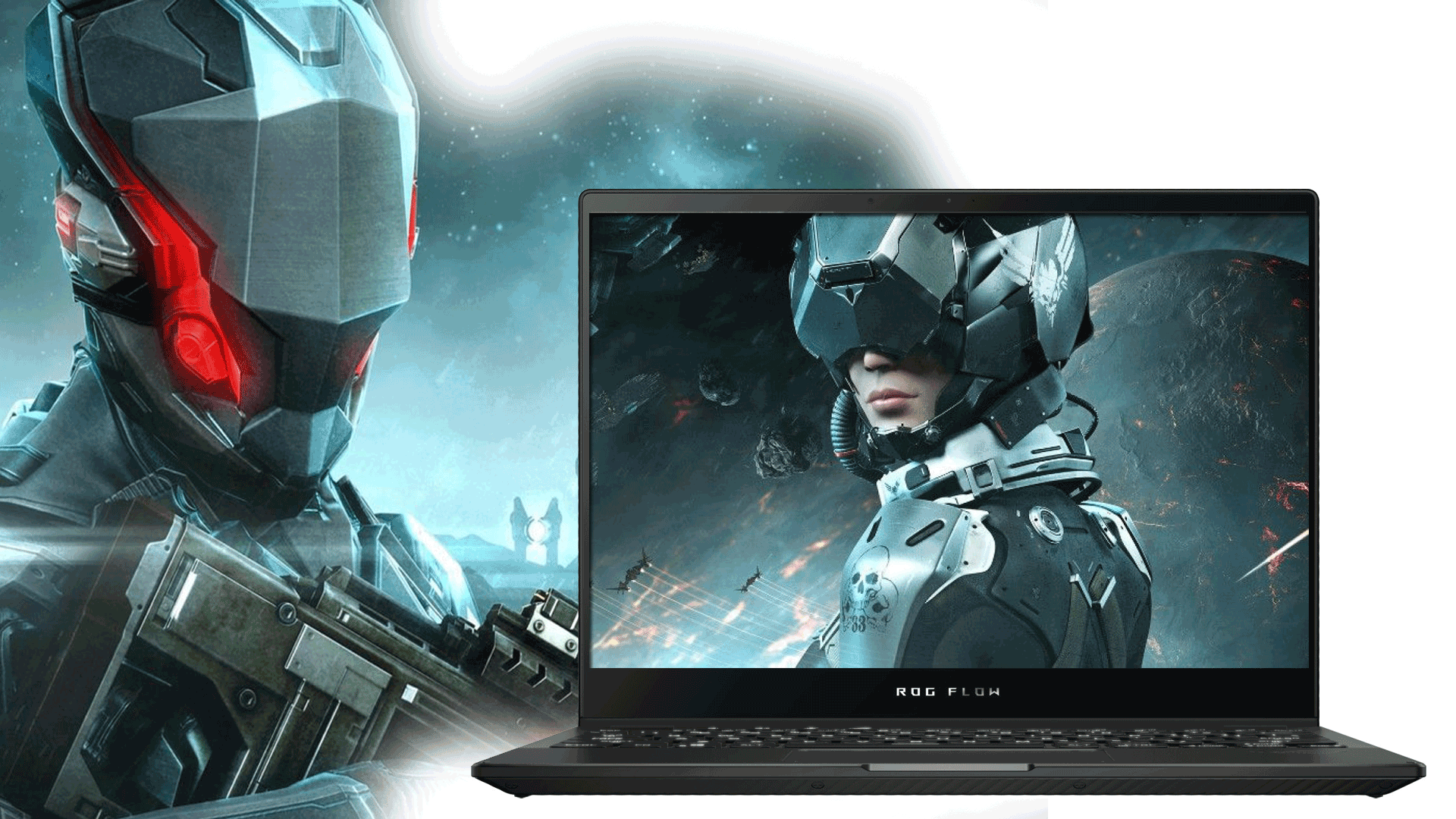 ASUS ROG Flow X13 is probably the most interesting new product that should appear in 2021. The fact is that the ROG Flow X13 is a 13.4-inch model with a 16:10 aspect ratio. The Pantone certified Corning Gorilla Glass touchscreen display has a resolution of 1080p (120Hz, 100% sRGB) or 4K (60Hz, 116% sRGB), depending on configuration. The novelty is equipped with a special hinge that allows you to unfold the screen for ease of play when using an external keyboard. According to the developer, ASUS ROG Flow X13 can work with an external video card.

Instead of Thunderbolt, a proprietary interface is used that connects the video card directly to the PCIe 3.0 x8 processor lines. As a result, the bottleneck is eliminated, which previously reduced the performance of external graphics. Despite its compact size and 15 mm case thickness, the laptop is equipped with AMD Ryzen 7 and Ryzen 9 5000 processors with 45 W thermal capacity, as well as discrete graphics NVIDIA GeForce GTX 1650 Ti. In addition, as an option, the manufacturer offers an additional XG Mobile eGPU module for connecting an external video card. The amount of RAM in the transformer laptop is up to 32 GB, the solid-state drive in the M.2 2230 form factor – up to 1 TB. 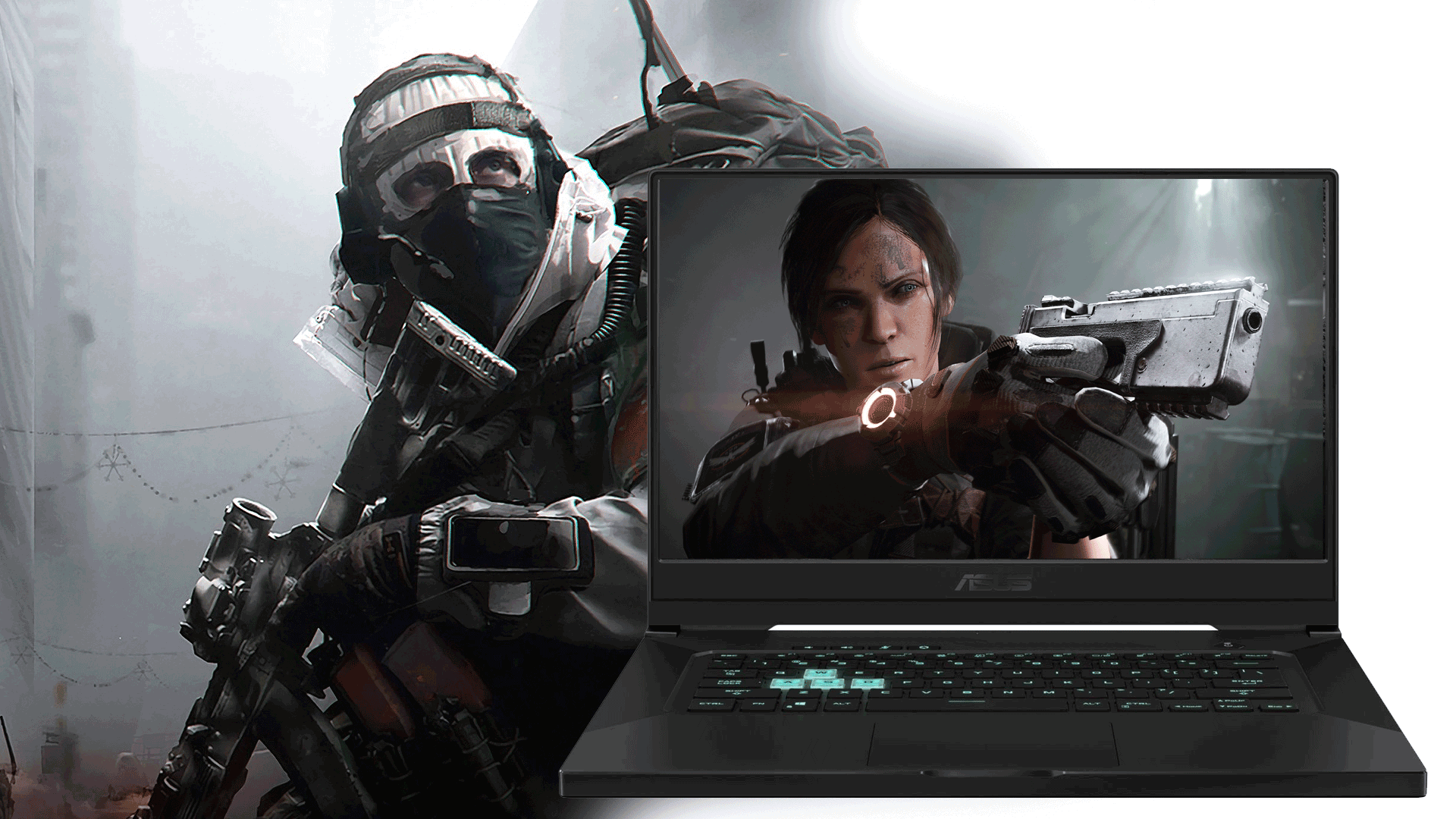 TUF Gaming Dash F15 is a relatively inexpensive gaming laptop belonging to the TUF gaming series. The design of the laptop took over from the more expensive ROG Zephyrus line. The TUF Dash F15 laptop is made in a thin (19.9 mm) case with a laconic design, available in two colors: white (Moonlight White) and gray (Eclipse Gray). The theme of sophistication continues with a narrow bezel that does not detract from the image at all. The updated design does not compromise the classic values ​​of TUF in any way: like other models, the TUF Dash F15 is particularly durable, tested against the military-industrial standard MIL-STD.

This laptop is based on 11th generation Intel Core processors (up to Core i7) and GeForce RTX 3070 3060 graphics, up to 32 GB of RAM and up to 2 TB SSD are supported. The 15.6-inch laptop screen supports refresh rates up to 240Hz and a response time of 3ms. Together with the new product, users will have access to the Resizable BAR function – an analogue of AMD Smart Access Memory, which opens the processor full access to video memory, which in theory will increase the performance of the entire system by up to 10%. This is especially true in heavy games.

Apparently, in 2020, Republic of Gamers engineers tried to enter the new year with new products, and the company succeeded. As for innovations, we note the growth in the use of liquid metal in cooling systems and a shift in priorities in favor of AMD Ryzen processors. We also note the increased battery capacity by 50% and a quieter cooling system. The exact price of the new products released has not yet been announced. but their release is scheduled for the first quarter of 2021.