Thermal paste against food, cosmetics and various lubricants in the test. With expected unexpected outcome | practice

And does the groundhog greet forever? Ten years ago I had already tested various things, including adhesive cream for third parties, for their thermal conductivity. However, this time I modified the classics a bit and included other exotic products in the test series – for good reason. The test winner has been my absolute favorite for a few weeks when it comes to simple and clean changes, where systems are in operation for a maximum of one day, if at all. And no, it is simply not a thermal compound, but it can be washed out, is hygienically perfect and much easier to use. 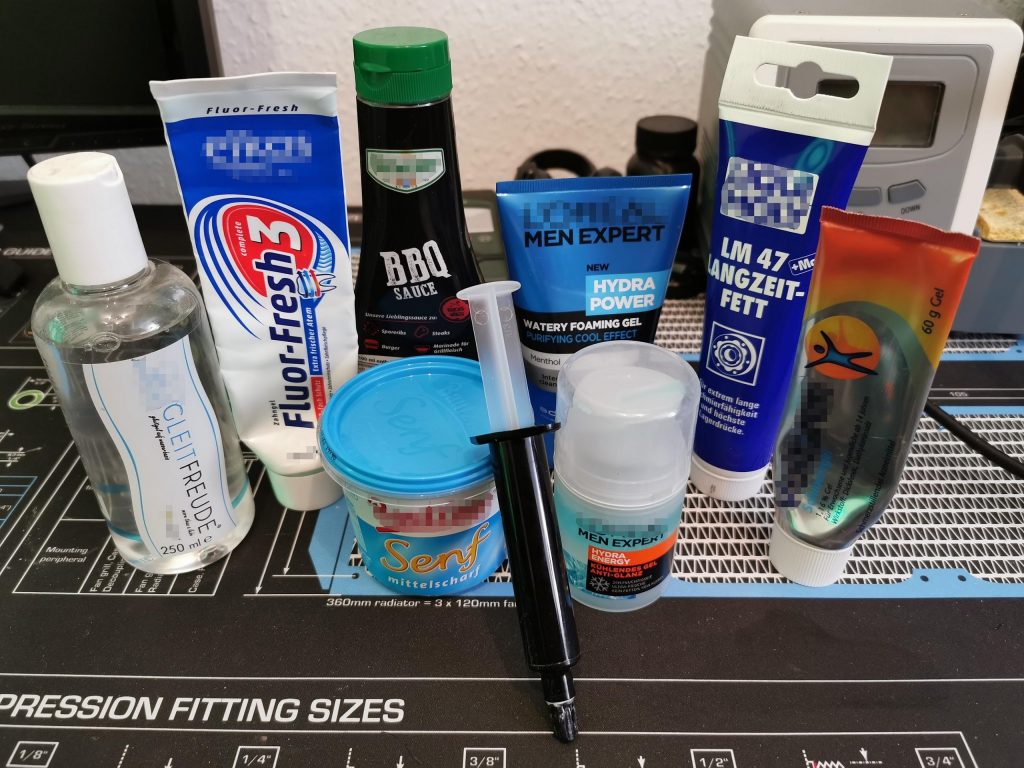 But I don’t want to spoil everything. Especially since my chance find and the thermal paste that has been used here in the laboratory for a long time (hence the large family pack) perform roughly the same, but my version has a non-existent burn-in phase and a very good consistency over 24 hours with power losses of up to 250 watts then highlights it positively. On the one hand, it is much easier and cleaner to use, and on the other hand, it is much easier to apply (and much, much cheaper). Because it is distributed so perfectly using the blob (or rather the drop method) that the reproducibility is almost perfect. You only get that with pads.

In contrast to many tests that have already been done with various more or less useful or senseless substitutes, I tested everything with a chiller and constant water temperatures as well as a good water block on a CPU with a fixed 130 watt power loss. The Ryzen 9 3900XT can therefore still be cooled well. When choosing the power loss, I carefully approached it in advance so that I could test even the worst subject for over 60 minutes. Here, however, at around 89 degrees with 130 watts on the CPU, it ended.

The measurement runs after a warm-up phase (10 minutes Prime95) and subsequent cooling then with 60 minutes Prime95, AVX and Small FFTs. In the inlet there is a temperature sensor whose difference (delta) to the set 20 ° C water is subtracted from the measured value (Tctl / Tdie) in order to also take into account the fluctuations (max. +/- 1 degree deviation in both directions due to the Hysteresis of the compressor cooler).

All of the replacement pastes shown here are not intended for permanent productive use and long-term constancy should simply not be the case even with the better representatives. It is a feasibility study that you can copy at your own risk. All of the products shown here and tested as paste were purchased themselves or come from the author’s long-term inventory or private household. The pixelation happens for a variety of reasons, but with full intent and the imposed sense of duty.

The benchmark system relies on an X570 motherboard in the form of the MSI MEG X570 Godlike with a Ryzen 9 3900XT (PBO 130 watts, 200 MHz offset). There is also the matching DDR4 3600 VIPER from Patriot, as well as several fast NVMe SSDs. Everything is cooled with a chiller and approx. 30 liters of distilled water at a set temperature of 20 ° C, which is the same as the room temperature. 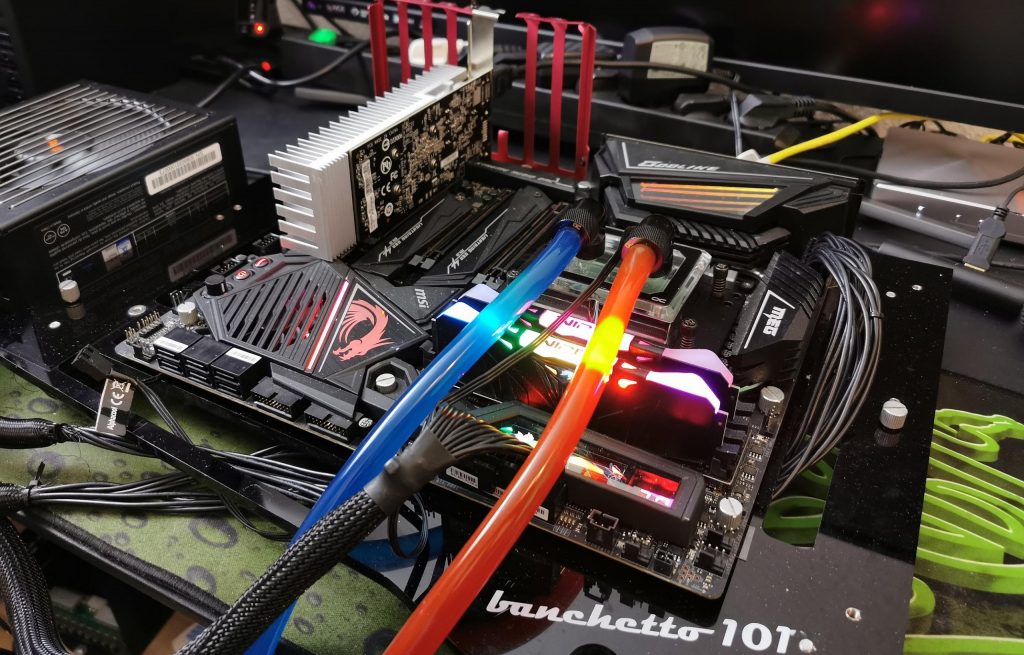 I have also summarized the individual components of the test system in a table: