The 8 on the RTX 3080 Founders Edition is upside down, at least on the early models

It’s a simple curiosity, and it’s really weird that it didn’t come up sooner. Perhaps simply because the card arrived in very few hands due to the shortage, or perhaps because the brain did not give it weight. We also did not notice it (mea culpa), yet we have the card under our noses every day. What are we talking about? Of the GeForce RTX 3080 Founders Edition and the strange case of the 8 upside down.

The written on Nvidia’s heatsink cover in fact he sees an 8 in reverse: the lower part of the number has a smaller void than the upper one, while it should be just the opposite, with a more “chubby” void at the bottom and a smaller one above. The error, unearthed on the Resetera forum, it concerns the first models of the card as some more recent videos show models where the 8 is in the correct position.

We checked, and the problem (if we want to call it that) does not appear on the previous “80” cards. Could it be some kind of subliminal message? Obviously not, it’s a simple misprint: if that were the case Nvidia would have had to put the 8 horizontally to symbolize infinity, the equivalent of the shortage length of video cards (we’re ironic!).

Finding out this little detail clearly has triggered a series of very funny comments, from those who recommend being reimbursed to buy an RTX 3070 or a 3090 to those who speak of an unacceptable error, up to those who provocatively ask: “What is an RTX 3080?”.

However, there are those who believe that it is the move of some evil marketer. “It is done on purpose, it’s to make you dizzy. Never underestimate the level of detail that marketers can achieve, they do whatever it takes to make your brain work in ways you don’t understand. “ 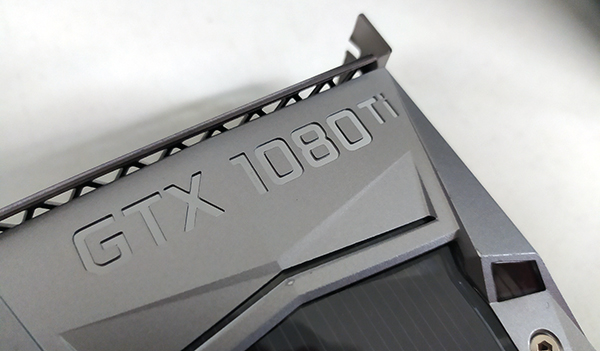 Unfortunately, faced with this unacceptable mistake, we can only get rid of our RTX 3080 FE: we will throw it in the bin under the editorial office. Who knows if anyone will have the ardor to take it and install it on their PC despite the 8 countdown …